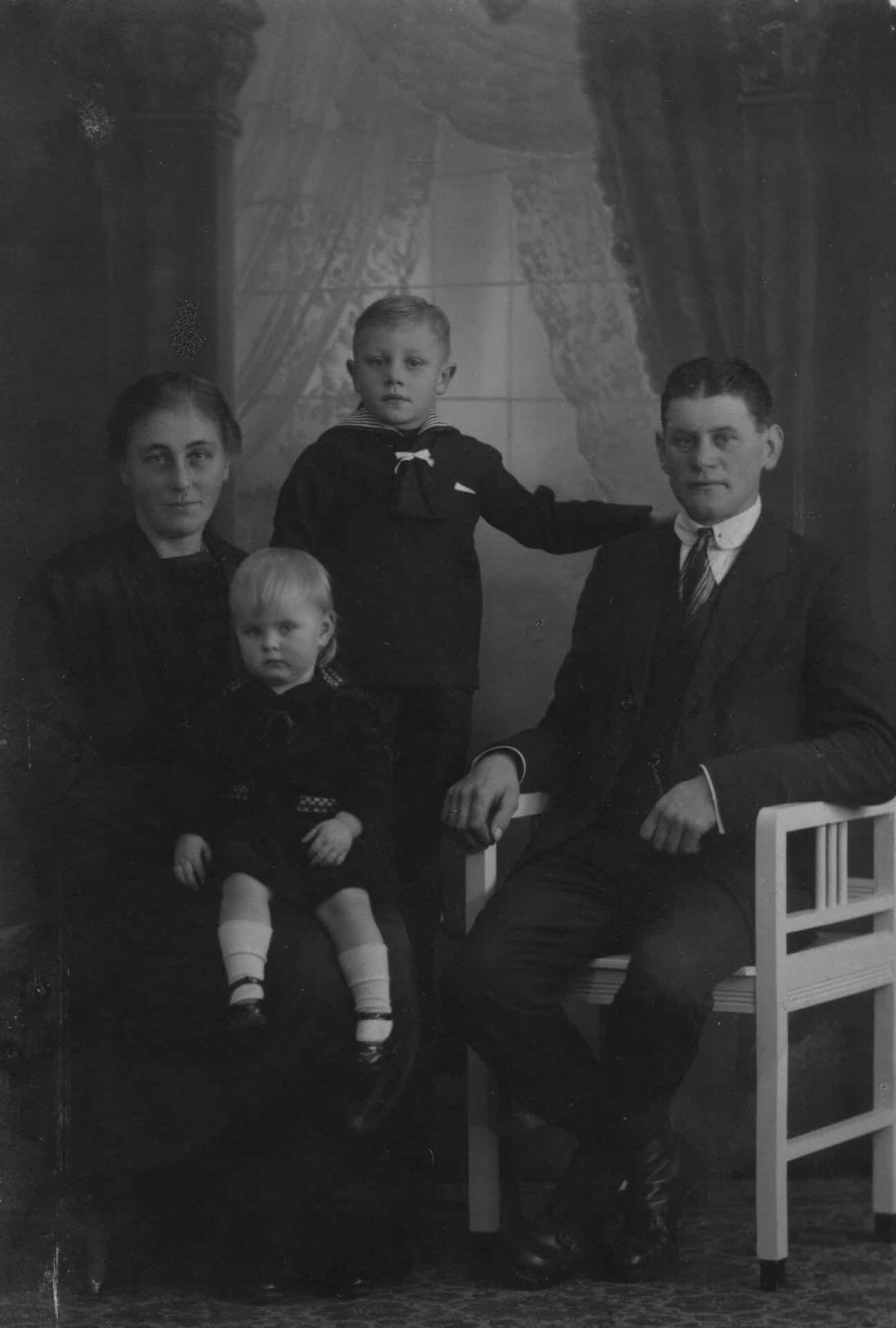 In my family, it has always been known that there was an aunt that we did not really know. It was Grandma Mary’s first – illegitimate – child with Commis Niels Ove Aksel Larsen, Egebjerg. My grandmother had two illegitimate children before she married my grandfather in 1933, and got my mother Jytte in the marriage. Grandma was only 18 years old when she gave birth to Margith . Before the birth and at the time when she became pregnant, she had a place in Nygaard Bakery in Højby Parish. I have previously worked with the case about the alimony contribution, and it appears that she has known Asel Larsen for a period of 1½ years and that they have had regular intercourse when they met. There is no doubt that it is Aksel Larsen who is the father, as she has not had intercourse with others.

From my cousin Winnie, I have been told that Grandma, when the foster parents picked up Margith, ran crying up the field road for the car. I do not know if that is true, but it’s a good story.

Laila Nielsen, a descendant of Poul Erling Brorman Nielsen, says: “Margith came to a small farm at Jyderup Skov by Vig. I do not know when, but after a letter it must be in her first year of life. Besides Margith there was my father Erling B. Nielsen born in 1923 and Egon Nielsen born in 1939. Margith has worked at a clog factory in Højby and at a late age (after grandfather and grandmother there were no more) she cleaned for several different ones, otherwise I think she has cared for the house and my grandparents in their old age. My father has told me that she found a friend, but it was probably not well-liked. Margith has always been working hard. When there were round birthdays, she wallpapered the whole living room the day before, and a nice table was set up. There was an old stove for firewood and the clothes were washed by hand. I was surprised that Mary has kept in touch, and when Margith died, we were also surprised by the name: Anna Grethe Margith Christensen, for us she has always been Sister Margith and we thought her name was Nielsen.”

The letters from Grandma

From Laila Nielsen I have received copies of a number of letters from my grandmother to Margith’s foster parents – the letters are worth their weight in gold to me. Initially, Maren Marthine Jensen and Johannes Aksel Nielsen were foster parents to Margith, later they adopted her. The letters from Grandma cover the period from November 29, 1928 to November 14, 1933, and are filled with texts about ‘my dear little girl’ and ‘my little darling’. There is no doubt that grandmother misses her child. She sends toys to her and various clothes that she knits herself when she has time from her place at ‘Præst’ in Holbæk. One of the things that is characteristic of the letters is that Grandma always writes that she hopes that everyone is healthy and that she follows Margith’s development closely, for example when she starts to get teeth.

The letter of 14 November 1933 is particularly exciting because, among other things, it contains a description of the wedding gifts at Carl and Mary’s wedding on November 5th. 1933. They received knives from Marthine and Johannes, six stainless steel knives from Elly and Svend, six silver forks from mother and father, six silver spoons from Ahlman. From grandfather’s sisters, they received 25 kroner, 5 kroner and a lot of food, respectively. From Grandpa’s sister’s children they got a painting, six beer glasses, a fine vase and a layer cake dish. The townspeople had collected 119 DKK, and for them we bought what we most needed to the many things for when we most need for such a right start and set up house.’.